The 49th District race promises to be one of the most watched of 2018, drawing massive amounts of national press attention and campaign money. A swing district, right in our backyards! Get involved early.

Come early and stay late for maximum contact with our featured speakers.

Program Notes: What we do

Our monthly programs are our Club’s signature and our brand, our most important shared activity, our main reason for getting together. This Club seeks to be a platform for the political activism of our members.

Apart from compelling speakers, panelists, and topics for our programs, our Club is committed to (1) A regular meeting date and venue, usually second Thursdays at the Lomas Santa Fe Country Club; (2) Compact programs under 90 minutes long, with socializing before and after; and (3) More than one-third of program time always reserved for Q&A to maximize discussion.

Our programs are structured to provide maximum opportunity for our members and guests to meet and to question elected officials and political candidates and to socialize with fellow Democrats.  The keynote speaker or panel is not the whole show.

Registration and socializing begin at 6:30.  Democratic candidates for elected office often are part of the mix.  The program begins at 7:00 with announcements, introductions, and brief speeches.  The program ends by 8:30.  The time after the formal program provides further opportunity to question our guest speakers and to visit with fellow Democrats.

And Other Opportunities for Action

Over 100 of us heard from New County Chair, Jessica Hayes, and Former Chair, Francine Busby. 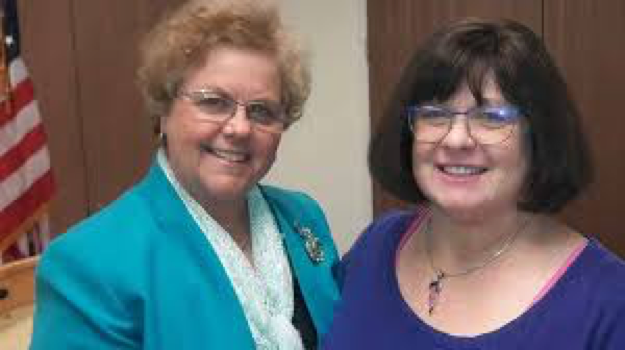 THEN WE BROKE INTO DISCUSSION GROUPS ON TOPICS SELECTED AT OUR MARCH 9 MEETING:

We also honored and bid a fond farewell to Dave Roberts, who is moving to Connecticut. 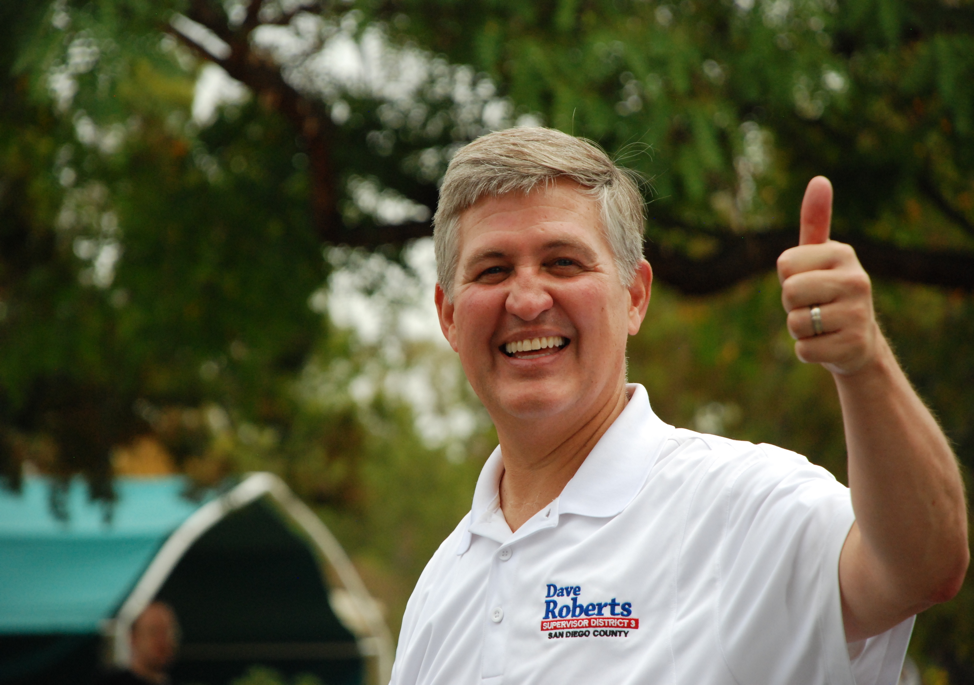 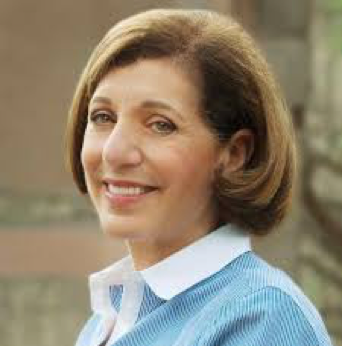 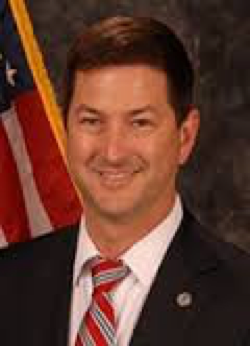 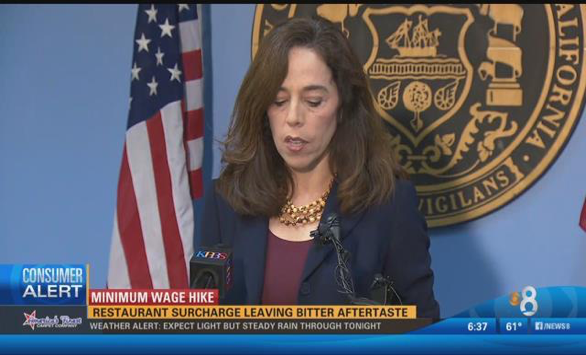 Barbara represents San Diego council District 1 where many of our club members live and vote.  Barbara ran so strongly in the June primary that her Republican opponent dropped out.  Chris previously served as chief of staff for my old friend former Senator Marty Block.  Chris won his council election in the primary.  Unlike Barbara and Chris, Mara faces a citywide vote to be re-elected in 2020.  One regional survey found Mara to be the “most progressive” of all San Diego-area candidates and elected officials in 2016.

We are asking all our featured speakers to include comments on what Democrats should do in response to the Trump presidency. 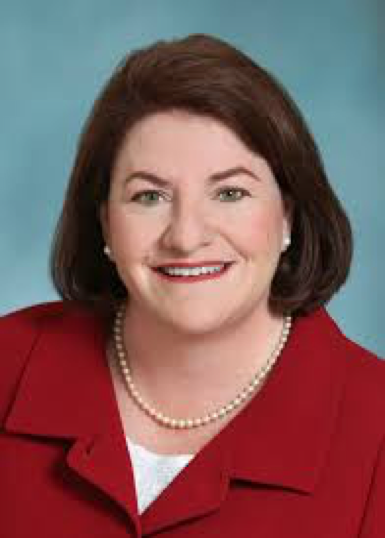 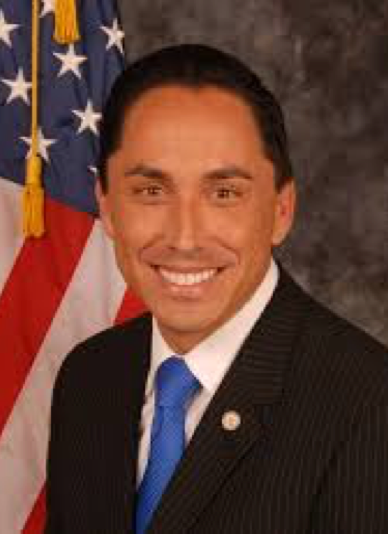 Toni Atkins has served with distinction on the San Diego City Council and in the state Assembly where she rose to be Speaker, the first from San Diego and the first LGBT Speaker.

Todd Gloria has served on the San Diego City Council and as the interim mayor of San Diego – a promising young Democrat.

We are asking all our featured speakers this year to include comments on
what Democrats should do in response to the Trump presidency.

Our Progressive Response to the Trump Presidency

This meeting was built around small group discussions in which members and guests participated in outlining goals and actions to combat the Trump agenda.

Thanks to all who attended our wonderful reception with Governor Michael Dukakis on February 4th!

Due to popular request, we are posting the remarks made by RSF Democratic Club president Michael Gelfand, delivered at the event. Enjoy! 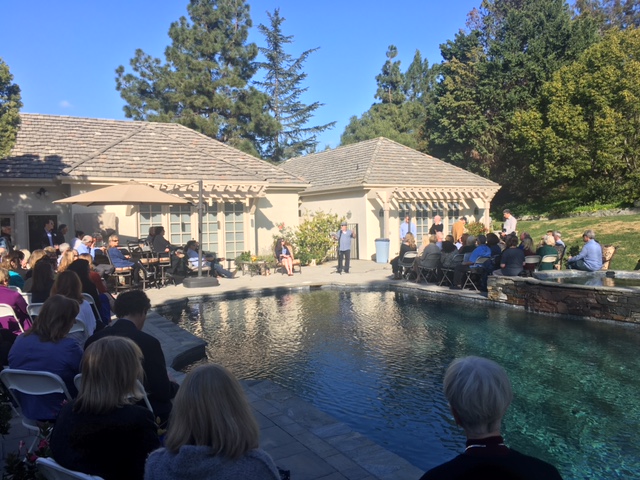 Michael Gelfand Speaking Prior to The Introduction of Michael Dukakis.

The inmates have taken over the asylum. The criminals have become the police. The most honorable have become the depraved. It's like we are living in an alternate universe.

Any way you slice it, the Trump presidency is a fundamental test of our democratic system. The alternate universe he's created begins with him normalizing lying and intentional deception… He's made his people not care that his sense of Truth is exclusively whatever his conman mind finds expedient.

He has subverted The Free Press, the foundation of our democracy by delivering his spin directly to the public, bypassing the scrutiny of the press.

84 years ago Adolph Hitler subverted the press. He also suspended civil liberties and created a mythology surrounding his rise to power. His nationalistic, isolationist propaganda infected Germany, and his threats to the disloyal entrenched a culture of fear. Trump is using Hitler's playbook.

Trump is cutting senior military and intelligence staff out of security meetings and setting up his own intelligence and security forces. He has already fired most of the senior staff at the State Department. He's completely stopped the forward progress of the EPA and muzzled their employees. He's scapegoated Muslims, Mexicans, Planned Parenthood, and put anyone that speaks against him on notice that they're next. It's hard not to be concerned that Trump is enacting a coup, not unlike Hitler's takeover of Germany.

We have to consider that a mean, lying, fascist dictator has hijacked our country... But… We're liberal. Maybe we should give him the benefit of the doubt. Some aspects of government should be reevaluated or even shaken up, like the F35 Bomber. Maybe we should ask our NATO allies to pitch in a bit more financially. But…

But giving a demagogue the benefit of the doubt is exactly what prisoners did as they boarded the trains for Auschwitz. I don’t think we are overreacting:

But even if we are overreacting, and give Trump the benefit of the doubt and assume he will not be as bad as we fear…
Is there a downside to letting Trump and our legislators know how strongly we feel?

We should take action:

Can we make a difference? Yes! We're lucky because Trump is so damn bad that he has crystalized a force opposed to him and his policies, the likes of which we haven't seen since the anti-war and civil rights movements in the 60's. We're lucky because we have Darrel Issa, the worst member of Congress here in the 49th, and he is vulnerable. We need to bombard him with letters, emails, picketing, marches, and most importantly phone calls. We need him to understand that his support of Trump's policies will assure his defeat in 2018. We need him and the Republican establishment to keep Trump's power in check, keep his policies from subverting the Constitution, and keep him from undoing a century of progressive accomplishments. If, here in the conservatively gerrymandered 49th congressional district, we can change Issa's votes, and even get him out of office, it can happen throughout America.

I was depressed and disgusted over Trump's election… But I am beginning to feel optimism, enthusiasm, and a reinvigorated sense of patriotic duty. I hope you feel the same way. Each of us need to help save our country. The time for being on the sidelines has ended. Read the Indivisible Guide. Take action. Do it yourself, form a group, join a Democratic Club. Come to our meeting next month when we will be discussing the ways that we can all get involved. Just take action, and keep taking action until Trump and his point of view are out of the White House, and until the land of the free… is free of the depraved.

A panel of top San Diego-area political experts provided post-election commentary and answered questions from the audience at the November 10 meeting of the Rancho Santa Fe Democratic Club.

This was Jen’s third visit with us, Jim’s second, Chris’s first.  These three are among the sharpest political minds in San Diego.  National, state, and local candidates and ballot measures were discussed.

With the November election less than one month away, members and non-members joined us for Beach Cities Politics featuring short speeches by city council candidates plus the opportunity to meet candidates at their tables.

A very successful and fun fundraiser for Dave Roberts - Thanks to Fundraising Chair, Jamie Carr, who hosted the event, and all board members and others who helped organize and execute it! 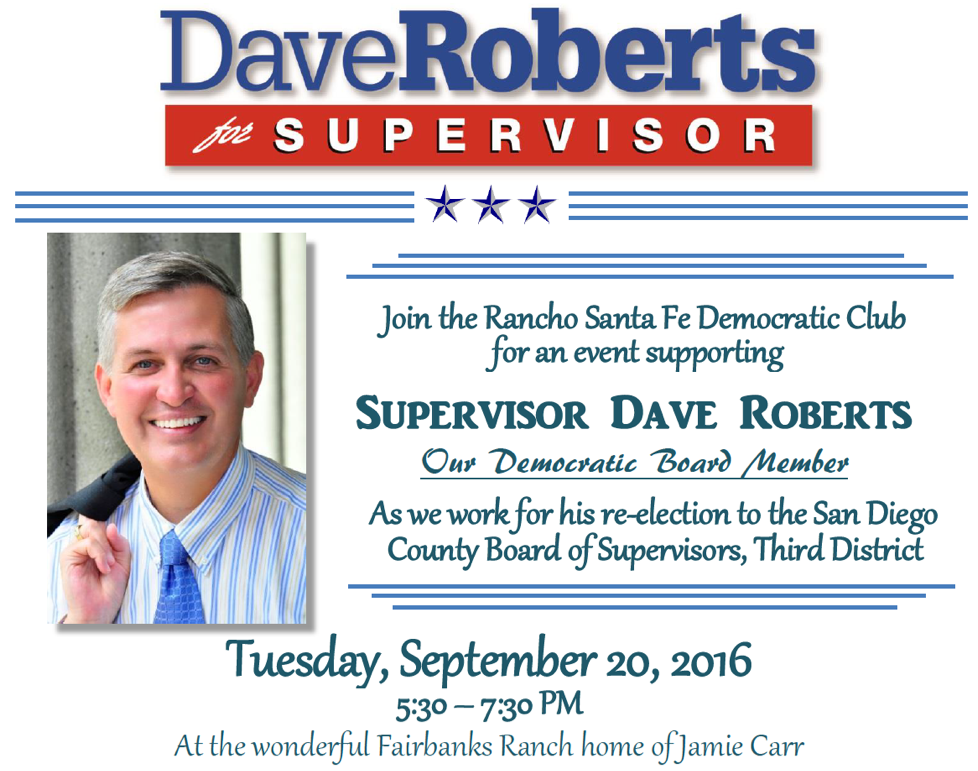 We raised over $20,000 to use to help Democratic candidates in our area get elected in October.  Thanks to all who sponsored and attended the event!  Thanks also to all who helped organize the event, especially committee Chair, our own Maria McEneany, pictured below (center) along with Paul McEneany and Susan Wayo.  It was great fun! 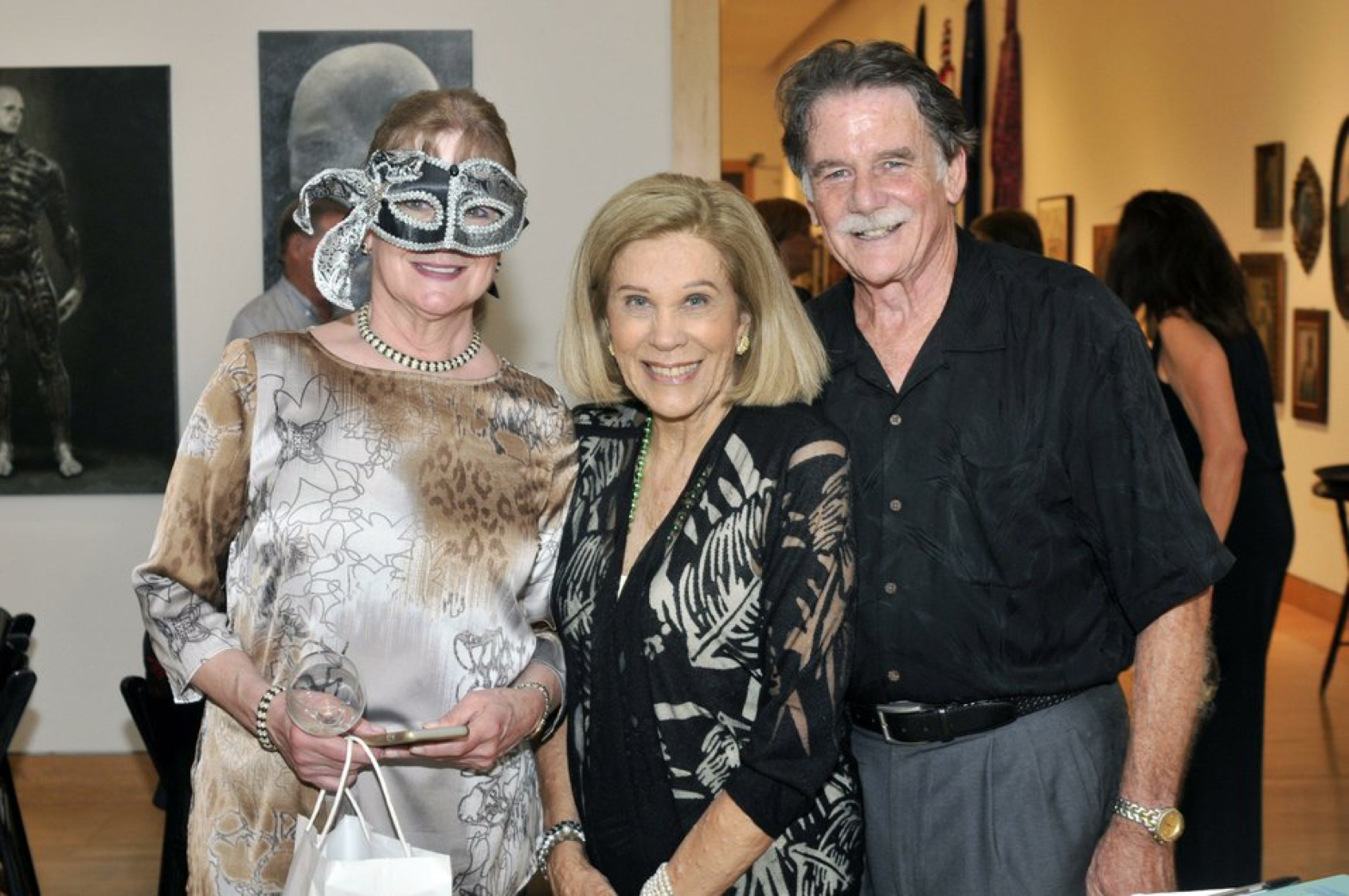 A panel of top San Diego-area political consultants provided post-election commentary and answer questions from the audience at the June 9 meeting of the Rancho Santa Fe Democratic Club.

Come hear the experts on the biggest surprises of the June 7 election, the prospects for November, and the best and worst news for Democrats.

We registered voters, promoted the Democratic Party, recruited new members, and had a great time! 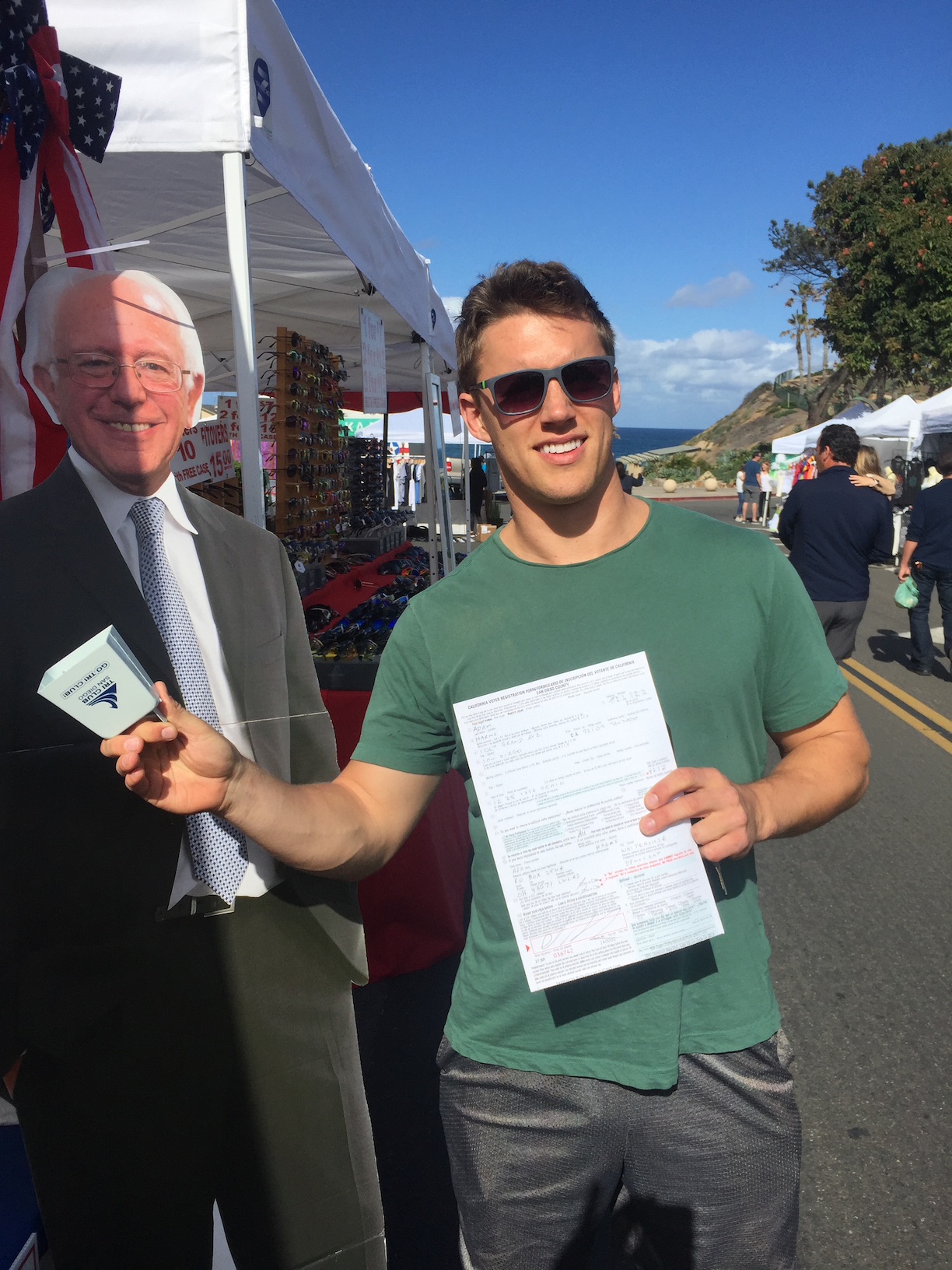 Our first new voter registration of the weekend:  Adam Harms from San Diego, ringing the "I registered" cowbell!

With the June primary less than one month away and with mail voting just under way please join us for a Candidates Fair featuring speeches by candidates for elective office in areas where our Club members live and vote – plus a few more strategic races.

These candidates are confirmed...and more to come!

Candidates will sit at tables in the audience returning to their seats after they speak to engage audience members who want to meet them after all the speeches are done.

Four top Democrats debate the merits of the presidential candidates

We will use the Oxford debate format in which audience members sit in sections designated for Hillary or Undecided or Bernie, and move from one to another section if persuaded by the arguments of the speakers.

The proposition to be debated is:

RESOLVED: That Bernie Sanders should be the Democratic nominee for president.

FOR the proposition (for Bernie):

AGAINST the proposition (for Hillary): 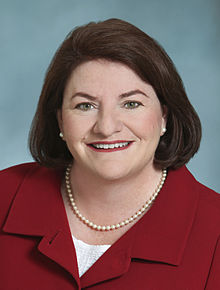 Former Speaker of the California Assembly, Toni Atkins, will be our guest of honor and keynote speaker Thursday March 10 at 6:30 PM at the Lomas Santa Fe Country Club in Solana Beach.

Toni previously served on the San Diego City Council.  She is a protégé of state Senator Christine Kehoe.  She is a candidate for the 39th District state Senate seat now held by Marty Block. Toni was the first openly-LGBT Assembly speaker and the first-ever speaker from San Diego.  Toni’s 78th Assembly District stretches from Solana Beach to the Mexico-United States border, including Del Mar, La Jolla, and downtown San Diego.  Democrats enjoy a 15 percent registration advantage and Republicans are outnumbered by independents.

Topic:  "Preventing Gun Violence: What Can We Do?"

The staggering toll of lives lost in recent mass shootings leads many of us to ask how we might help reduce these senseless tragedies related to gun violence. 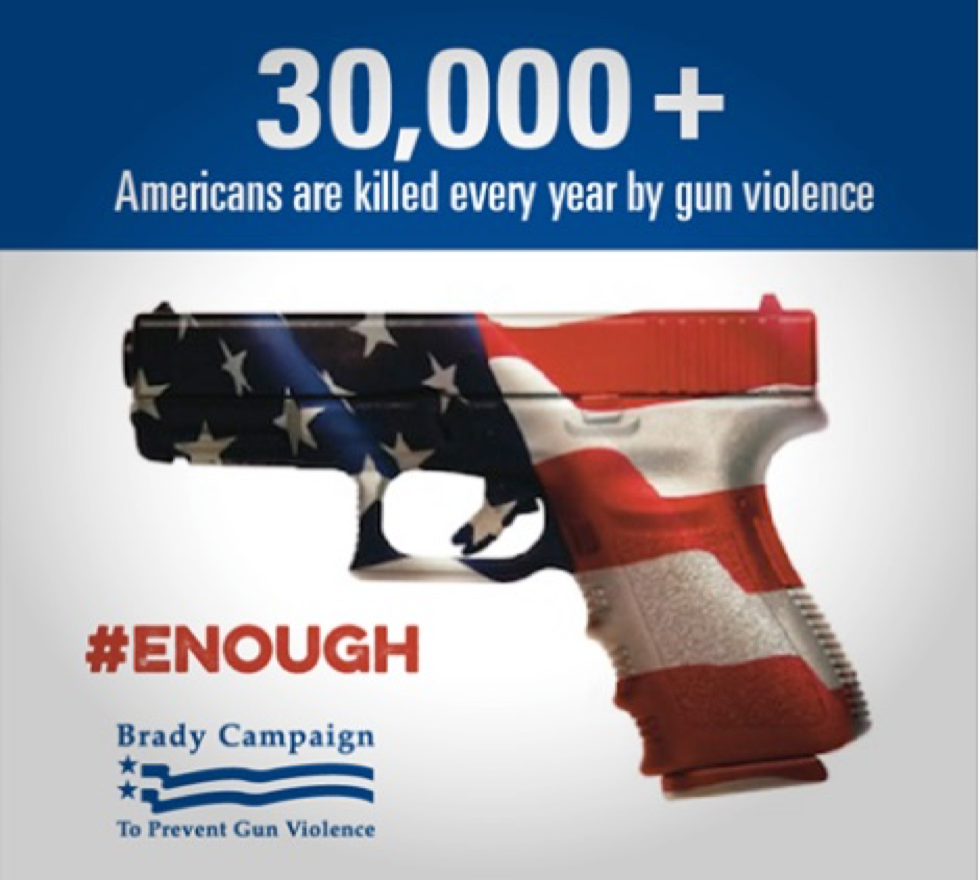 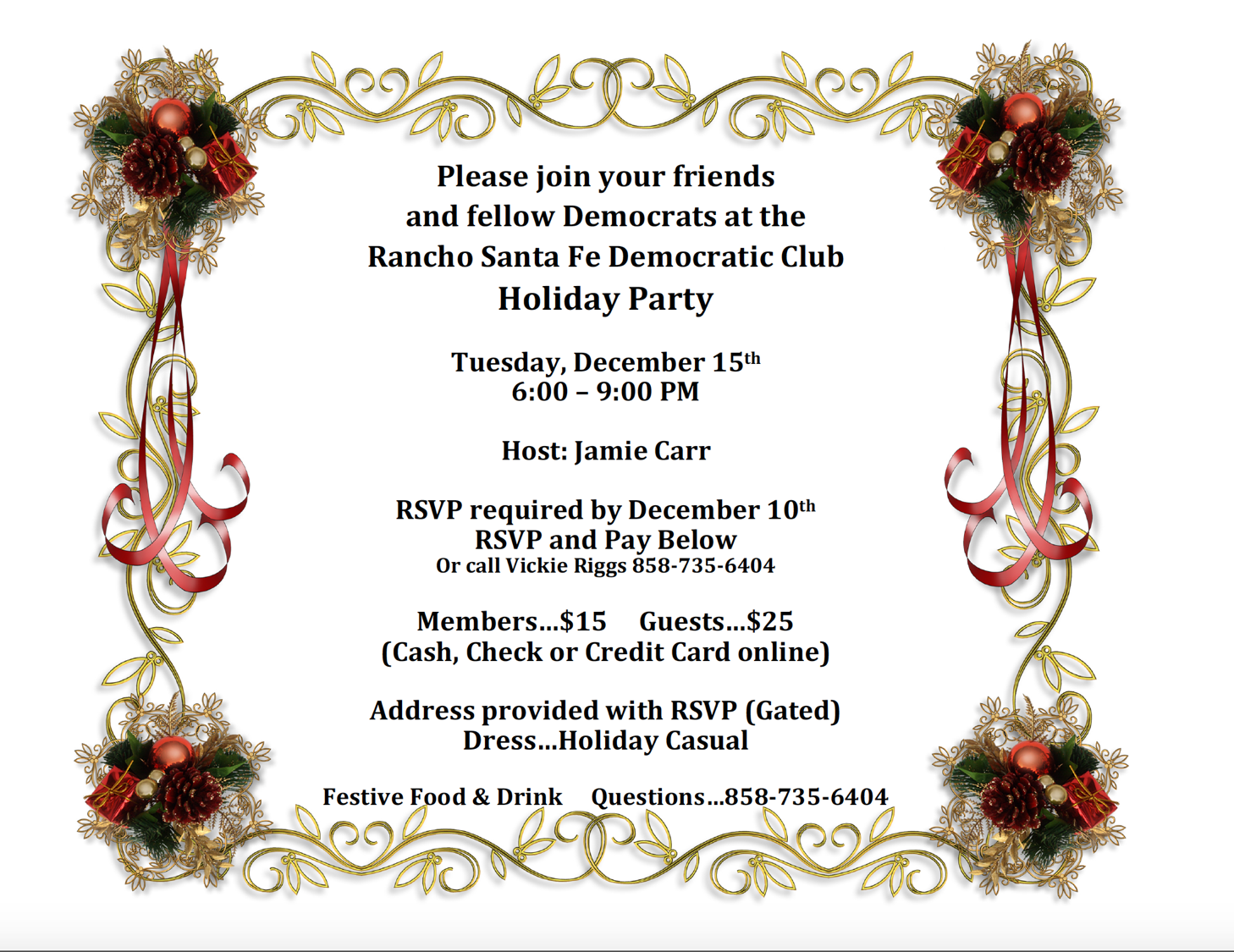 Join us for entertainment, family fun, meet and greet with elected officials, and a barbecue.

Members and friends of the Rancho Santa Fe Democratic Club will be volunteering to register voters and greet local Democrats at this year's Fiesta Del Sol celebration in Solana Beach.

We would truly appreciate your help in staffing our club booth for this important (and fun!) activity! Instructions for completing voter registration forms will be provided on the day of the event. Please sign up for a one or more 3-hour blocks of time for either Saturday, May 30th, or Sunday, May 31st.

The San Diego County Democratic Party Requests the Pleasure of Your Company At
The 35th Annual Eleanor and Franklin D. Roosevelt Dinner