We regret the cancellation of our event for John Lewis. John withdrew from the UCSD commencement program because of labor issues at the university and subsequently canceled his trip to San Diego.
We hope to welcome him at our RSF Democratic Club at some point in the future. Thanks for understanding.

Click on the link below to choose the ONE option that best fits your need.

Note: Sorry, but this Event is now sold out.

Come hear civil rights icon John Lewis, Saturday June 16. Bring your kids or other young people. Some young people may not have heard about John Lewis, so you may need to brief them.

John Lewis, a child of sharecroppers, is a hero of the black civil rights movement. In 1965 he was beaten, almost killed by police on the Edmund Pettus Bridge in Selma, Alabama, near the beginning of the historic march from Selma to Montgomery led by Dr. King. Previously, at age 23, John was an organizer of the historic March on Washington in 1963, the occasion of Dr. King’s “I have a dream” speech. 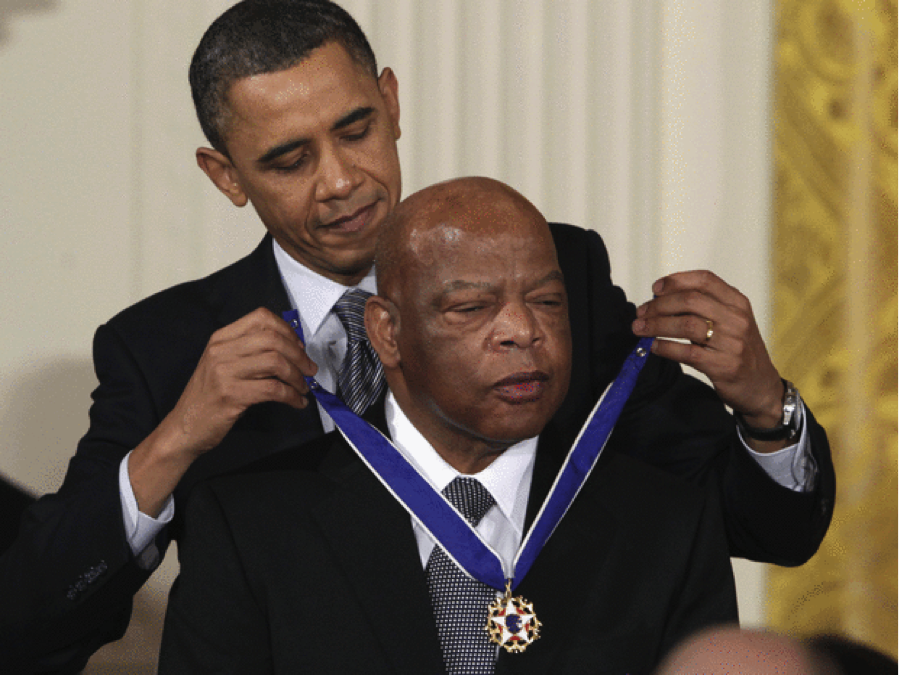 After serving on the Atlanta City Council John was elected to Congress in 1986, representing Georgia’s 5th District, which includes most of the city of Atlanta.

As someone who has been on John’s mailing list for several years, I can attest that the Congressman supports a full range of progressive causes and candidates. He has been and is a strong and persistent voice for peace, justice, and equality.

In 2011 John received the Presidential Medal of Freedom, the nation's highest civilian honor, from Barack Obama.

In 2013, Lewis became the first member of Congress to write a three-volume graphic novel, with the launch of a trilogy titled March. Tell the kids.

Opportunity also will be provided to contribute to the Congressman’s re-election campaign and PAC.
For payment at the door: Cash or check only.Or phone 323-365-2811

Sorry, this event is sold out.

or
Please check your e-mail for a link to activate your account.